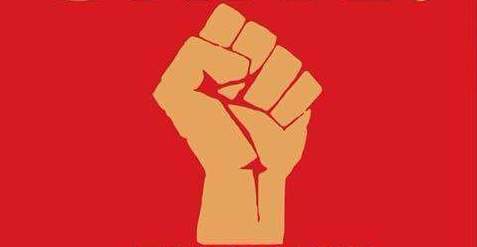 Our movement, our future

I was asked recently to contribute a piece on ‘where now for the left in Scotland and Britain’, for the 100th edition of Scottish Left Review. My contribution initially appeared in the magazine and online here, and is reproduced below.

“The crisis consists precisely in the fact that the old is dying and the new cannot be born; in this interregnum a great variety of morbid symptoms appear.” Antonio Gramsci

As time goes on it becomes clear that the 2008 crash was the end of an old world, yet a new world is struggling to be born. To paraphrase Gramsci, now is most certainly the time of monsters.

The situation in the UK is an exemplar of a global situation where neoliberalism has died and cannot yet be replaced. Rather than the world being haunted by a spectre, we are lumbered by a corpse of a dead economic system. But this corpse cannot yet be buried because the alternatives have not yet emerged in a coherent way.

This has produced reactions of the right: most notably Trump and Theresa May; of the left: Sanders, Corbyn and Melenchon; and even from the centre: Macron. All have one thing in common: their reference points are in a revival of Les Trente Glorieuses or “The Glorious Thirty”; the three decades of economic prosperity and improved social security following World War II. We cannot see British or Scottish politics outside of this context.

And we must also remember that this crisis is not just a crisis of finance or of politics: it is a crisis of resources and the environment. Climate change threatens our very existence, but technology is beginning to point the direction to a world of low carbon energy generated by locally owned installations rather by corporations. The first industrial revolution was driven by a shift from local power sources (water mills and wood burning) to energy from centralised sources and fossil fuels. The capitalist age is the fossil fuel age, and the fossil fuel age is the capitalist age.

The independence referendum in 2014 was one of the first cracks in the hegemony of carbon-fuelled neoliberalism. Through that crack, the light got in, inspiring the Corbyn movement and a new bravery in British politics. But this crack has been papered over with a continuity politics of managerialism.

The depth of political crisis that followed the financial crash of 2008 is in part due to the failed invasion of Iraq in 2003. The War was always obviously morally wrong, but the inability of the British and American states to successfully stabilise the country after the invasion prefigures Brexit: a project of the British Imperial elite intended to restore the country’s greatness, but one that instead exposes the lack of strategic, diplomatic and planning capacity of that elite.

In Scotland, the SNP’s response to the Independence movement and the mandates given to them by subsequent elections has failed to capitalise on the political energy behind the social movement. In the days after the referendum, Women for Independence ran a successful campaign to prevent the Scottish Government placing a women’s prison at Greenock: the prison was the wrong thing to do. And the Independence movement was able to work with Scottish Government to deliver a better outcome.

This movement approach to politics showed the world we could have. Corbyn’s surprise performance in the election was powered by movement politics. These movements, like the Stop the War movement, have politicised people bringing together political analyses and democratising our politics. The surprise (relative) success of Labour is down to harnessing the power of movement politics.

Placed against this are Tory demands that we stop talking about politics and “get on with the day job”. This successfully mobilises the anti-political emotions of the privileged. The answer, of course, is to reinvigorate the movement politics of 2014. There are plenty of issues where this approach is more needed than ever: housing has been an issue of increased significance for some time, but the Grenfell disaster puts this into sharp focus. A movement must make the case for new collectively managed housing. The private rented sector has failed a whole generation.

We must find ways to bring democracy to more of our institutions. People have the ability to be much more engaged in decision making and a centralised state designed to control an empire has long outlived its usefulness. And in so many other areas of our lives, from social security and workers’ rights to harnessing for good the care and creativity of our people, movement politics show us the way.

The new world that must be born will be prefigured by the movements for social and environmental justice. We can, and must, learn from the Upper Clyde Shipbuilders work-in in 1971, from those who refused to fix bomber-plane engines destined for Pinochet’s Chile, from those who developed the Lucas Plan in 1976. Very much like the Independence movement of 2014, these people-led social justice movements, show us the way forward: they show us how to democratise our power structures and our economy.

In Scotland we need to re-engage our people and recapture the energy to make the case for a better world. But this cannot and should not stop at our borders, nor indeed the borders of the UK. The new world that will be born must share the benefits of the economy with people everywhere.

0 comments on “Our movement, our future”