"Donald Trump's disgustingly racist campaign shows he is an utterly unacceptable ambassador for our gloriously global city and its international universities." - Maggie Chapman

Maggie Chapman has called on Robert Gordon University to tear up Donald Trump’s honorary degree over his repeated racist diatribes against on Muslims. Trump’s most recent islamophobic outburst came yesterday, when he called for “a total and complete shutdown of Muslims entering the United States”.

Maggie is Rector of Robert Gordon’s neighbouring Aberdeen University. She said both institutions – and the city as a whole – would be damaged by continued association with the far-right Presidential candidate. Robert Gordon University presented Trump with an honorary Doctor of Business Administration degree in 2010.

“Donald Trump’s disgustingly racist campaign shows he is an utterly unacceptable ambassador for our gloriously global city and its international universities.

“His fascistic proposals to make Muslims wear identifying badges and, now, to ban all Muslims from entering the country are the policies of far-right extremism.

“While we hope that he will not get the chance to implement them, pronouncements like these from politicians and media drive islamophobic aggression, exposing Muslims to more and more discrimination, harassment and violence.

“Robert Gordon University would never give an honorary degree to a leader of the BNP or the National Front. Donald Trump is no less a racist extremist, and is just as unfit to hold that honour.

An online petition calling for Trump’s degree to be withdrawn is set to easily pass its target of 5,000 signatures. 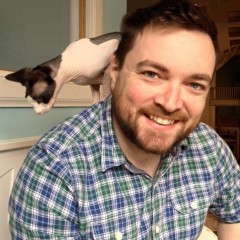 View all posts by Gary Dunion
Skip back to main navigation